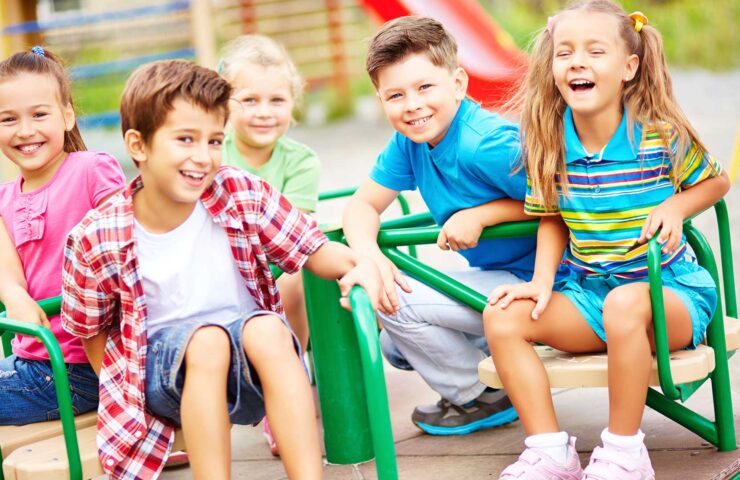 “Thinking, learning, remembering and paying attention, is all made possible because of cognition”.

(Anderson & Reidy, 2012) claimed that a Research during the preschool period has shown that a working memory, motor skills, cognition building, language ability and emotional /social skills all develop at a quick rate when a child is young. The study aimed to objectify that the impact of the socially communicating environment on the cognitive development of the children is majorly influenced by the environment. The environment for the children proved to have a positive impact on the cognitive evolution of the children based on the activities that involved peer interaction.

Children develop cognitive skills rapidly in the first few years of their life!

When a pre-schooler enters into her new world of surprises and tries to explore new things, her brain establishes connections with everything that is around helping her intellect to grow. It is actually enthralling to observe how pre-schoolers learn to use language, mental descriptions and symbolic imaginations, tries to think about past and future events and also thinks about their well-being in a certain way. kids start to categorically express themselves and clutch to the mental activities, which includes emotions, motivation, intention and memory.  As a Parent it’s my observation and experience that Keeping the interest of the pre-schoolers in mind the worksheets at Azotus offer a detailed overview of the cognitive development that takes place between the age group of 5-15.

Do you know how the brains of kids are Wired?

Piaget the great psychologist believed that preschools are in a stage of development which is called as the preoperational thought. He described in detail how children in this stage showcase five characteristics that bound their ability to correctly interpret few information’s. He states that these characteristics are- perception-based thinking, unidimensional thought, irreversibility, transudative reasoning, and egocentrism

The children’s brains are simply like sponges, absorbing up the knowledge around. Actually, a better correspondence for the brain would be 3-D which connect-the-dots puzzle. According to the Nlp science, it’s important to know that the brain cells called neurons are represented by the dots. These neurons have “arms” called dendrites which make other neurons grow. These connections have a technical name called synapses. So, when a child interacts with his environment – learns something new- these synapses form bridges called neural pathways. The more the brain is activated through simulations, the more neural bridges are designed and the stronger the child’s intellect becomes thereby. If a child has an inclusive base of knowledge and information, he then has an increased ability to make the best use of his sense through his new experiences.

The kids Think/believe More Than What They Actually See?

“Memory plays a vital role in all cognitive processes”.

While Pre-schoolers still lack preoperational thinking, they are still making advancements in their cognitive abilities through symbolic thought. Symbolic thinking involves sign language, literacy and dramatic Role plays. Children strongly believe that sounds are linked together to make words and words represent ideas and develop certain kinds of beliefs. There are four main areas where progressions establish phonology/ pragmatics /syntax/ semantics. The Parents, teachers, caregivers can monitor kids’ language development in these above areas where children struggle the most.

Pre-schoolers also learn that illustrations signify and symbolise events in a story narration. They develop to learn that the printed words are symbols for those ideas that crop up in their minds and thereby the meaning comes from the given text. When kids learn how to write, they eventually come to understand that letters are symbols for sounds and they try to derive a meaning through them.

“Any child could, if he were so inclined, be the sculptor of his own brain.”

It is said that within the cognitive processes, different cognitive skills are involved. Cognitive skills are the core skills the brain uses to think, learn, remember, reason and pay attention. These cognitive skills play a huge role in performing both big and complicated tasks as well as smaller and easier tasks such as reading/writing/learning/observing and experimenting. This is the reason why Azotus has come up with the interactive and cognitive based skill worksheets to develop and harness the logical ability of a child through a lot of visual information/quiz/puzzles/exercises/mental math games/grammar concepts /science quiz/reasoning skills brain games and much more.